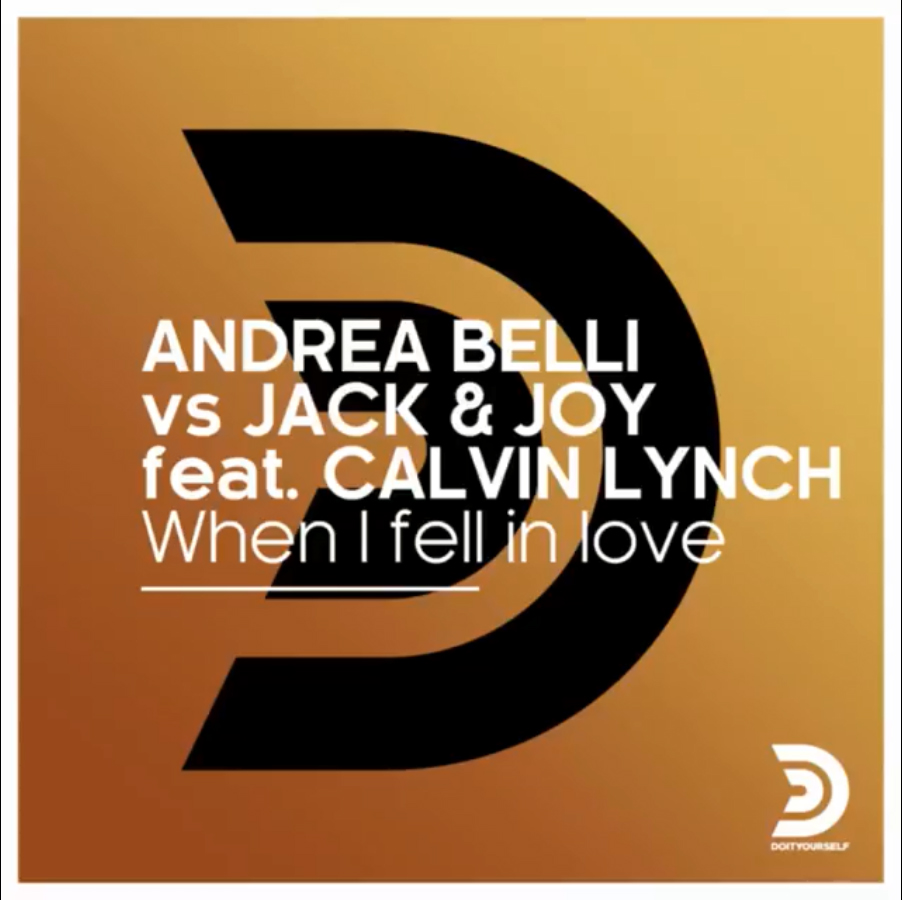 When I Fell In Love

“When I fell in love” is the new release of Andrea Belli vs Jack & Joy, pseudonym under which lie Max Bondino and Luca Loi. The three are teaming up again with UK singer Calvin Lynch and deliver an eternal classic, turned into something new.
UBQ Project’s original track, released back in 1991, is a true anthem of the Club Culture, one of the most representative tunes of the Garage House at that time, that got stuck in public imagination down through generations.
This remake of “When I fell in love” will be released by Do It Yourself with a new, wider idea of cover: producers built a brand new song around the original refrain, honoring this timeless classic of electronic music by opening new doors to contemporary pop and club world.
The dance floor-targeted pack includes amazing remix versions by Luca Guerrieri, Belli + Julian Moss and Lanfree.